COVID-19 and Cannabis: How States are Responding | Fyllo
blog

COVID-19 and cannabis: How states are responding 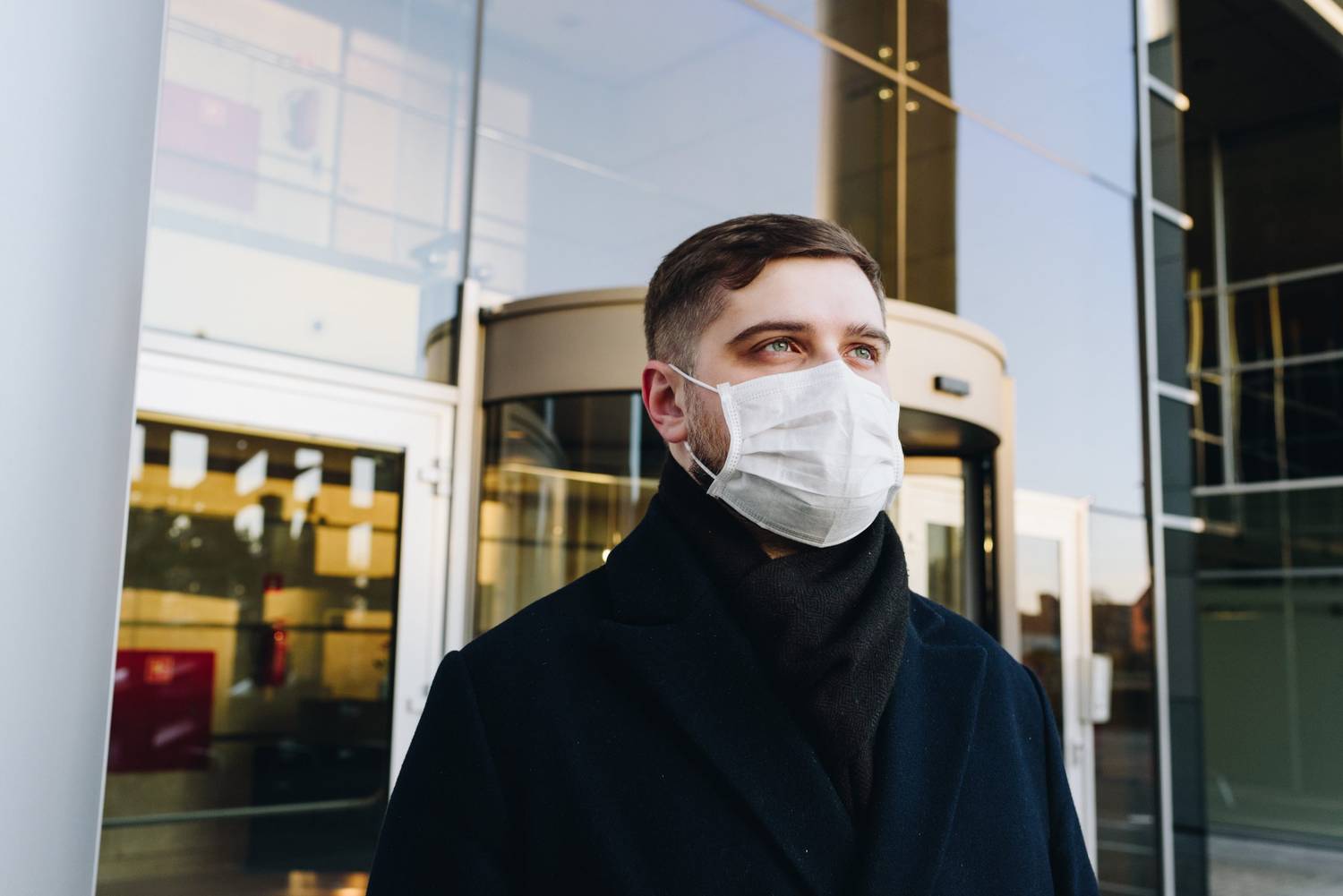 In a few short weeks, the COVID-19 pandemic has transformed culture and the global economy. Every industry has been notably impacted – the cannabis industry is no exception. And when the world re-emerges from this current state, the cannabis industry will undoubtedly be changed – perhaps for the better.

COVID-19 has created a variance in the US legislative landscape for many states. Some states paused their cannabis legalization efforts due to the pandemic, while others have attempted to forge ahead. A combination of shortened legislative sessions and issues of prioritization understandably hurts the chances of net new legislation passing in the next few months. Additionally, those states with legislation yet to be certified will face difficulties collecting the required signatures for moving to a vote. However, many states with ballot measures in place before the emergence of COVID-19 are still on track to vote on those measures in November.

An interesting and perhaps unforeseen effect of the current pandemic has been a shift in public perception regarding cannabis. Many brands and consumers have noticed social taboos diminishing toward cannabis consumption and the industry as a whole. A notable component of recent COVID-19 related emergency legislation has been states’ classification of dispensaries and other cannabis operations as essential businesses, thus enabling them to stay “open for business” and grocery stores, liquor stores, medical offices, and pharmacies. To bring some light to a dark situation, this crisis may be the moment the cannabis industry has trained for its entire life.

Cannabis producers are hopeful. The unique circumstances of this global pandemic have led to increased demand, which may serve as a much-needed buffer in this unstable economy. With many states facing major budget shortfalls as they grapple with the COVID-19 crisis, some states may look for new revenue sources, such as cannabis, to avoid implementing unpopular tax increases to shore up their budgets. This, in turn, may expedite bipartisan support for legalization and positive legislation for the industry.

Cannabis delivery services have also gained momentum over the last few weeks, becoming the primary method of cannabis sales in states with robust delivery systems. Online ordering has become the norm, and curbside delivery has become the premier method of conducting cannabis transactions. The successful implementation of these measures may evolve the perception of cannabis, accelerating its acceptance across the country.

Every state with a cannabis industry has taken varying measures to combat the pandemic, measures that spread from the executive down to the various local governments within these states.

Colorado approves curbside pick-up but may face local roadblocks. In his executive order on March 20th, Colorado Governor Jarrad Polis suspended rules that would prohibit curbside pick-up of cannabis products from licensed dispensaries. That same day, Colorado’s state licensing authority, the Marijuana Enforcement Division (MED), issued emergency rules that expanded upon the Governor’s order. These rules allow for online and phone orders for curbside pick-up and require licensees to comply with all public health orders issued by the State and any executive order issued by the governor. Additionally, the same executive order also suspended requirements for physical examinations for the issuance of medical marijuana cards until April 18th.

On April 2nd, the MED released new emergency rules that extended the expiration date of business and owner licenses by 30 days for licenses expiring between March 25, 2020, and April 24, 2020. They also allow persons holding valid licenses issued by the Colorado Limited Gaming Commission to work at a Marijuana Business without an Employee License issued by the MED. Renewal fingerprint requirements for existing Owner Licensees were also suspended.

Local Impact: Colorado issued a new industry bulletin on 3/30, which reinforced the essential nature of cannabis businesses. It further states that in-store pick-up will be allowed again in dispensaries, provided social distancing precautions are used. However, the bulletin states that licensees shall not violate local rules that run counter to the Governor’s emergency order and the MED’s statements and rules. Many local jurisdictions in Colorado have granted emergency powers to their City Managers to counteract the pandemic, and cities such as Boulder have issued emergency orders from those managers suspending rules that would run counter to the Governor’s and MED’s orders. Other cities that cannot access these powers are unsure how to proceed. Still, some are issuing enforcement priorities for law enforcement, stating that curb-side delivery of marijuana is the lowest priority to ensure public health.

California creates a patchwork of emergency orders to bring cannabis to the people. California implemented a patchwork of state and local orders to make cannabis accessible to consumers. California was one of the first states to issue a shelter in place order on March 19th. This order states cannabis businesses are essential and may continue operations. Since that time, California dispensaries with delivery capabilities are surging ahead of their competition, and cities are slowly allowing for curbside pick-up for those without delivery capabilities.

Under the Bureau of Cannabis Control (BCC) emergency disaster relief powers, licensees unable to comply with licensing requirements due to a disaster may notify the Bureau and request relief from the requirement. To conduct curbside delivery, the BCC requires information regarding the license (e.g., business name and license number), information regarding what regulation they seek relief from, and what actions they wish to engage in. The request must come from an owner or primary contact identified in the licensure records. In addition, local jurisdictions may impose stricter requirements than the state, and licensees must continue to follow local rules and regulations.

Local Impact: Most direct guidance has come from local jurisdictions, which are in direct contact with the BCC to institute these new policies. Cities are taking various measures regarding the pandemic and are notifying businesses directly about new policies. Last week Berkeley sent an email to licensees stating only vehicular delivery was allowed. The next day the city changed its policy to allow for curbside delivery pick-up again. Sacramento will issue notices to dispensaries that the city will “exercise its discretion not to enforce the sections of the City Code prohibiting cannabis curbside pickup” when the licensee sends the city the BCC’s permission for curbside pickup. As of this article, 20 of the 29 dispensaries in Sacramento are cleared for curbside pickup.

Massachusetts shutters adult-use/recreational dispensaries, but medical fights on. On March 23rd, the Cannabis Control Commission ordered all adult-use dispensaries to cease operations beginning March 24th until April 7th unless extended. Medical dispensaries are still allowed to dispense medical cannabis but are not permitted to sell adult-use marijuana per the cease and desist order. The Commission will continue to process patient registrations and all other application processes despite the emergency order.

On March 28th, the Commission authorized curbside delivery for medical businesses. Dispensaries conducting Curbside Operations shall notify both Commission and municipal officials before commencing such operations. The order does not prohibit medical dispensaries from “dispensing and transferring Marijuana and Marijuana Products in their interior premises at locations authorized for medical sales.”

Extension of applications for licenses and loan assistance. The State extended the application deadlines a second time for Adult-Use Cannabis Craft Growers, Infusers, and Transporters until April 30th and directed that all applications be submitted via certified mail. In addition, the State has extended the filing deadline for qualified social equity applicants to apply for the Cannabis Program Financial Assistance Uniform Loan until April 24th.

Easing certain regulations for medical cannabis. The State issued guidance that allows for curbside pickup, for medical patients only, until April 30th. Any medical patient with a valid card expiring within 6 months will receive an automatic 1-year extension. In-person examinations for medical cards are not required and they may be done via telemedicine. Dispensaries may also temporarily accept expired driver’s licenses and state IDs as proof of age or identity or as a second ID for medical cannabis patients and caregivers. The State will notify licensees when expired IDs will no longer be permissible to accept.

Home delivery is still not available. There is a bill in the Illinois State Legislature that would allow for delivery to homes and other locations. However, it is still in the very early stages of the legislative process and chances of passage for this year are low. However, the State appears to be in serious conversations for home delivery for medical patients.

Temporary switch to delivery-only. The State ordered that all cannabis sales be conducted by delivery only and that curbside pick-up will not be permitted. As a result of the order, the State’s Department of Taxation is conducting a temporary remote inspection program to allow retailers to rapidly expand their fleets to meet soaring demand. All licenses issued under the program will be for only 60-days. Cultivation facilities, production facilities, distributors, and independent testing facilities may continue to operate, provided they follow strict social distancing guidelines.

EFFECTS ON STATES WITH PENDING LEGALIZATION

New York’s Department of Health released guidance to medical dispensaries, directing “that until April 16, 2020, registered organizations who have been approved to deliver medical marijuana products to the homes of registered patients and designated caregivers may expand delivery services statewide without seeking the Department’s prior written approval.” They may also “dispense from the doors of the dispensing facilities provided (they) maintain compliance with all current laws, rules and regulations including but not limited to dispensing on camera, checking the Prescription Monitoring Program as required  and validating registry ID cards.”

Advocates hoped that legalization would be a part of New York’s budget bill, but the deadline has passed and this particular legalization was not on the bill. Governor Cuomo stated it was “too much, (in) too little time” to enact legislation. With New Jersey’s legalization measure ready to go in November, advocates are now concerned New York will fall behind the legalization curve.

Arizona appears to still be on track for a state ballot measure, as activists say they have already collected more than enough signatures to qualify. While the State has yet to verify the signatures, the group behind the effort has expressed confidence in qualifying. A poll conducted in November of 2019 showed that 54% of voters support legalization, while 33% oppose such efforts.

New Jersey is working on a ballot measure for cannabis legalization is still scheduled for November of this year. No new announcements have been made that would affect those plans.

Connecticut legislative efforts to legalize adult-use cannabis are uncertain with the suspension of the 2020 legislative session until at least April 13 – even that date is in flux. Whether legislatures will consider such legalization efforts as a priority is unclear.